Super Bowl 2014 Advertisers: Did They Win the Search Game?

There were many aspects of Sunday’s game that left people quite disappointed. Forget the game. I don’t even want to comment on the persuasiveness of the Super Bowl television ads. Today, we are just going to look at how well those advertisers did at blocking and tackling the digital marketing fundamentals of capturing search and meeting the expectations of potential customers arriving at their landing pages. You may be as disappointed as I am about what marketers haven’t learned in the last decade and delighted by those who have.

After the Super Bowl in 2006 we wrote about how badly GoDaddy’s banned commercial failed to take account of ad continuity/scent and people’s natural behaviors to marry TV and online. Their ad called for people to go to their website to find out more and it took three to four clicks to find anything related to the Super Bowl and their commercial. In 2007, GoDaddy came back and improved their landing page, even though their advertisement couldn’t score like the Broncos. However, then chief executive (CEO) Bob Parsons said the following about GoDaddy’s 2007 Super Bowl advertising effort:

It did, because in 2007, their landing page included the same actress on the homepage as on the ad, an image of a football if you wanted to see the ad, and the same offer as the TV commercial.

Even If the Ads Stink…

They still drive tremendous volumes of traffic to search and to advertisers’ websites. How well they create the ad/landing page experience and include the ad’s scent in the landing page can make all the difference in the world in winning the digital marketing game.

The Biggest Losers of the Night

A search for Squarespace shows their ad on the top with a reinforcement of their TV ad message “A better web starts with your website.” However, there is no reference to the Super Bowl ad in the PPC ad (which you will see examples of in the winners). 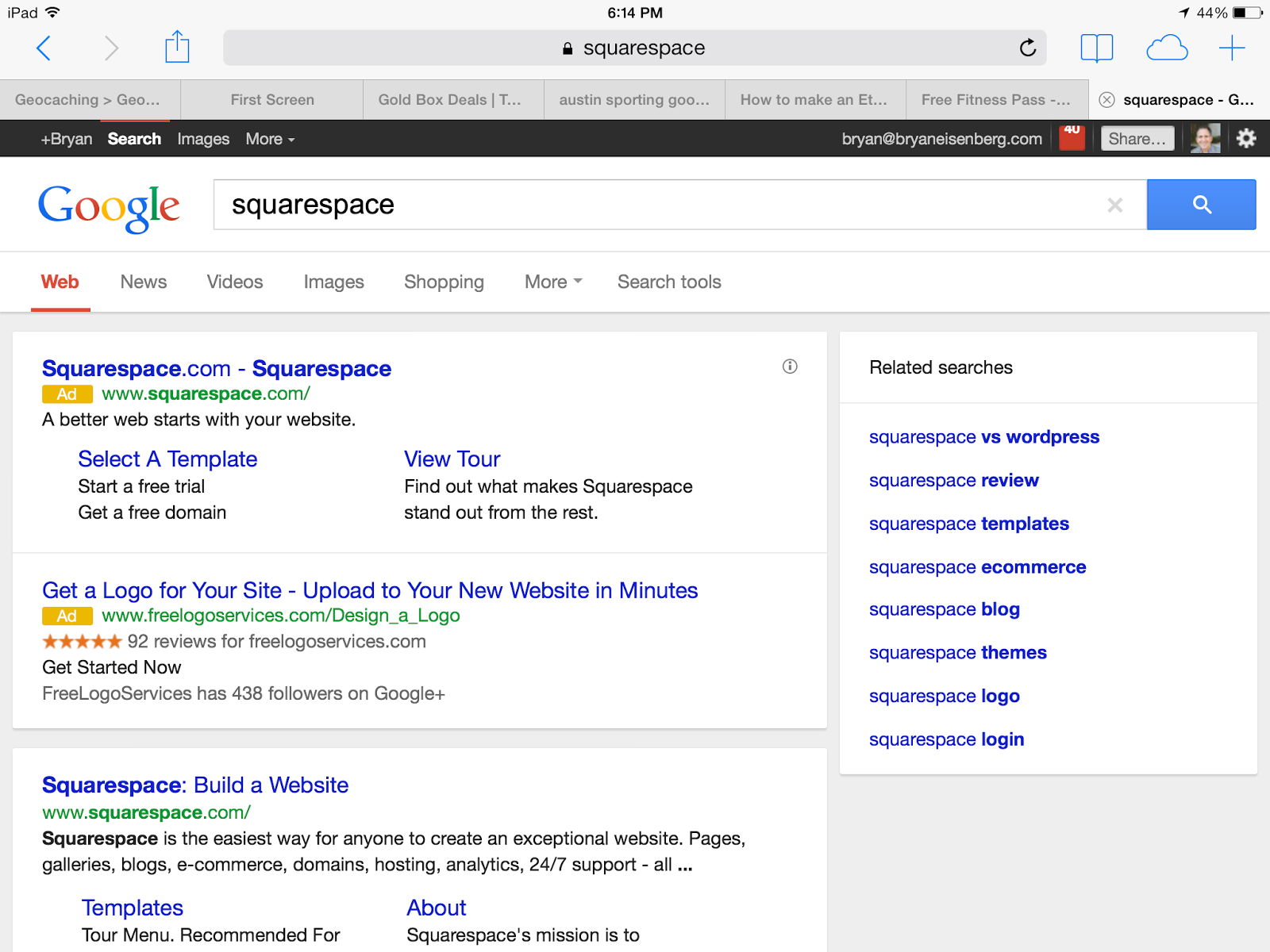 Their big failure though, is they they didn’t plan for the demand to their website and the website did not load up right after their commercial aired. Imagine the erosion of confidence of having someone promise a better website hosting experience and then failing to even load. 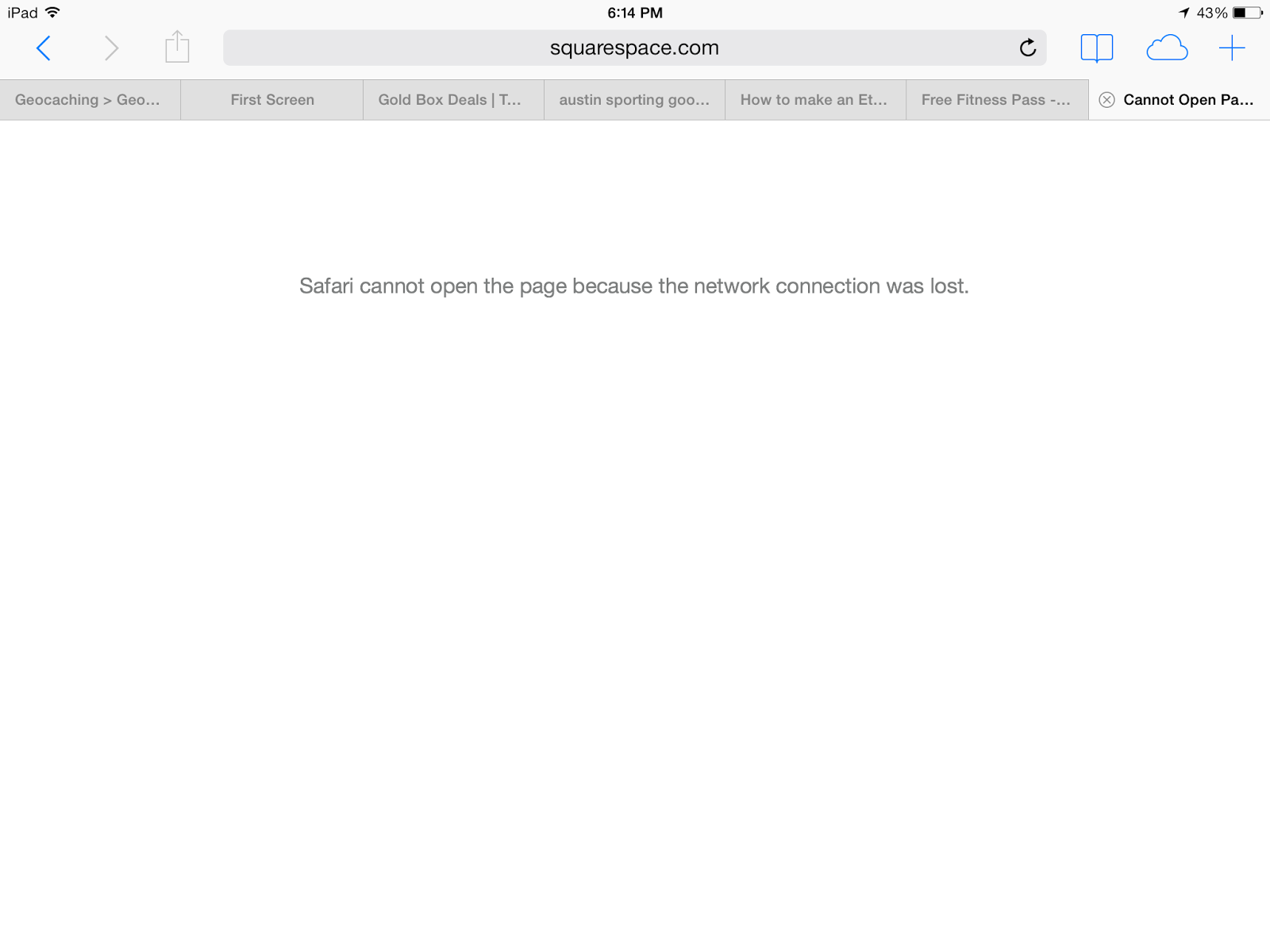 An hour later and their page finally loaded and here is what it looked like: 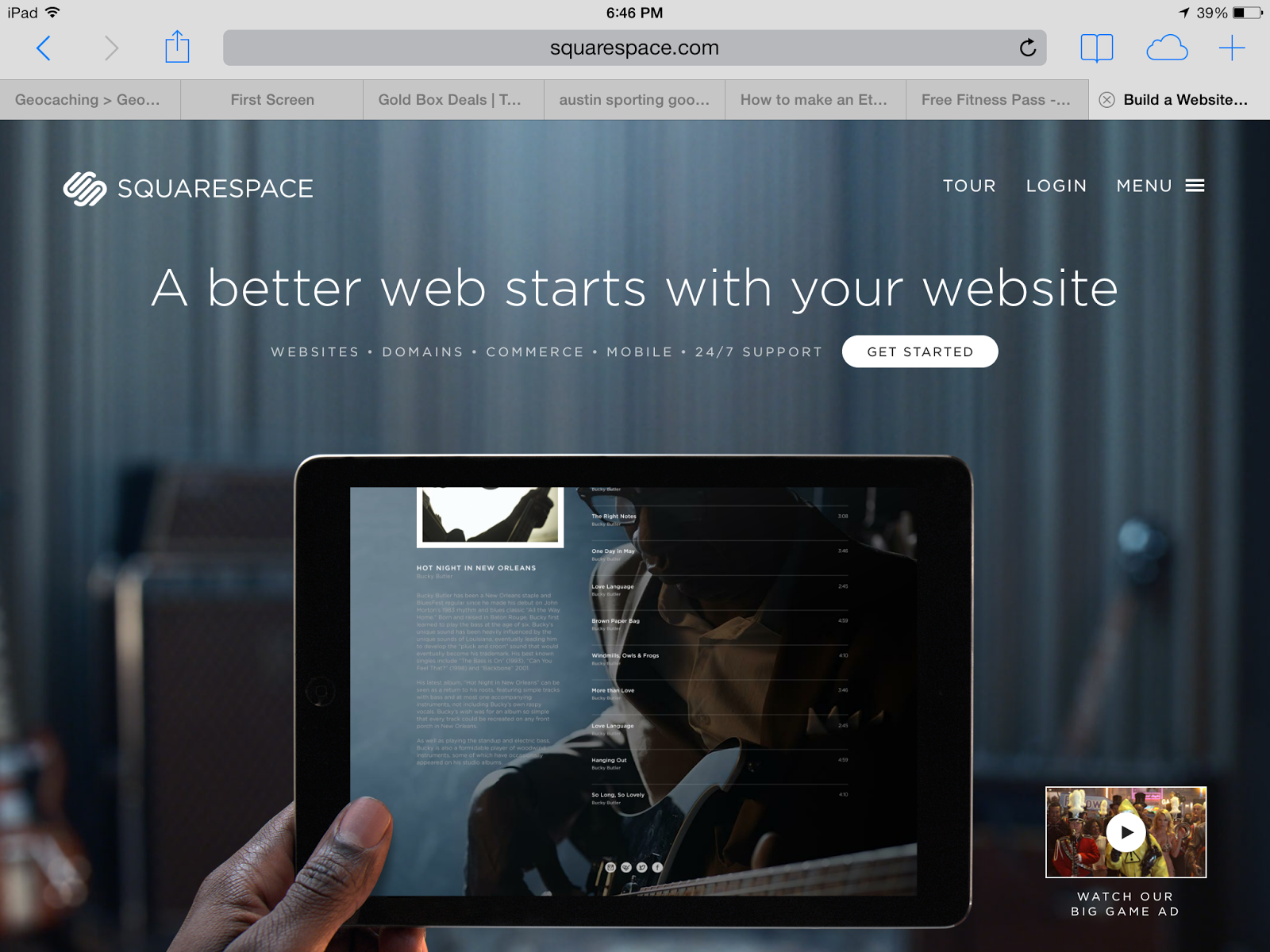 Not bad scent at all. Pity they just couldn’t keep it up.

A search for GoldieBlox didn’t reveal any PPC ads from the company. I imagine Amazon might have benefited from their ad. Of course they ranked organically for their brand name. They could have and should have changed their sitelinks to point to something Super Bowl related though. 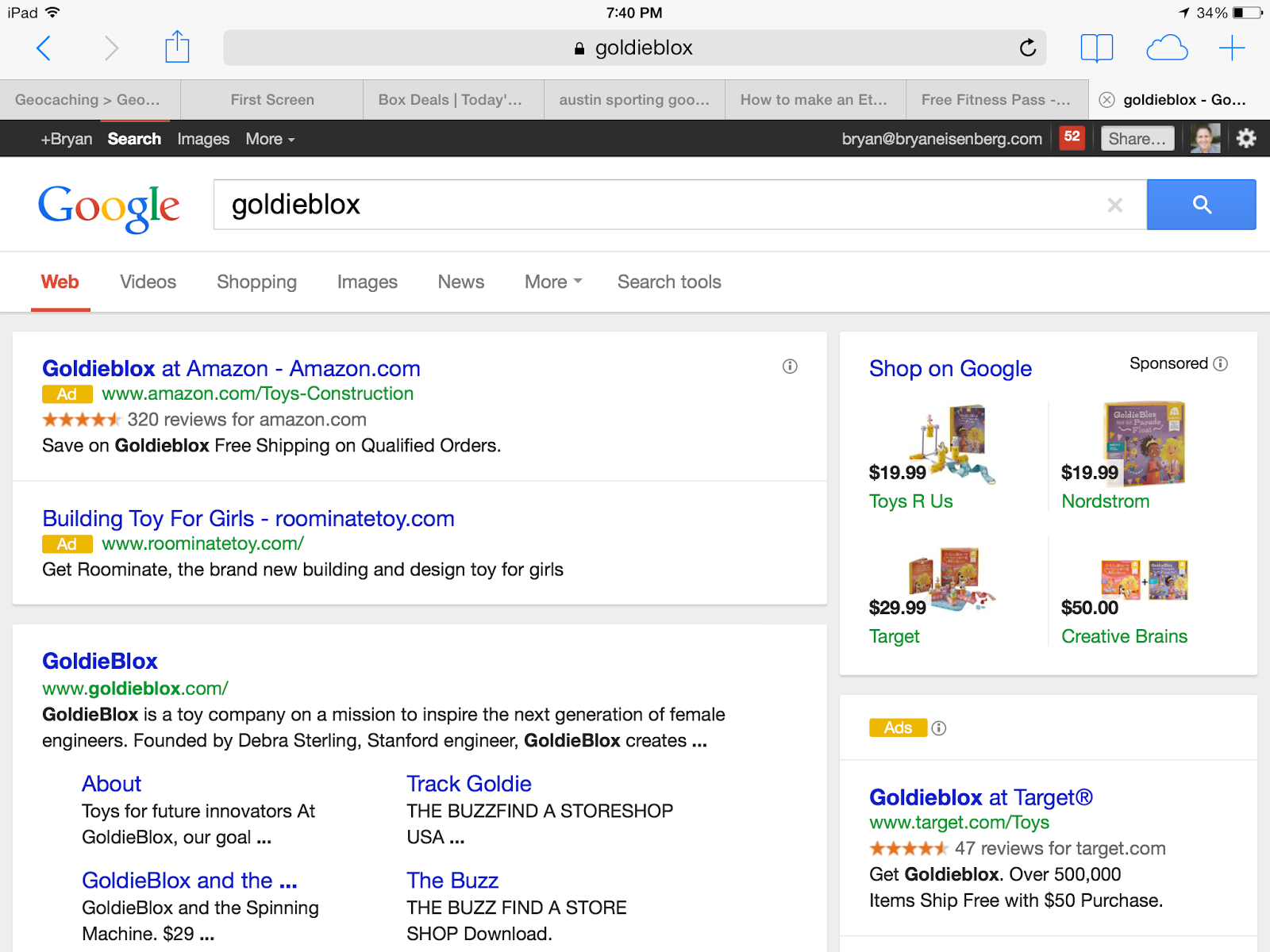 When you arrive at their homepage, there is no reference to the ad at all. 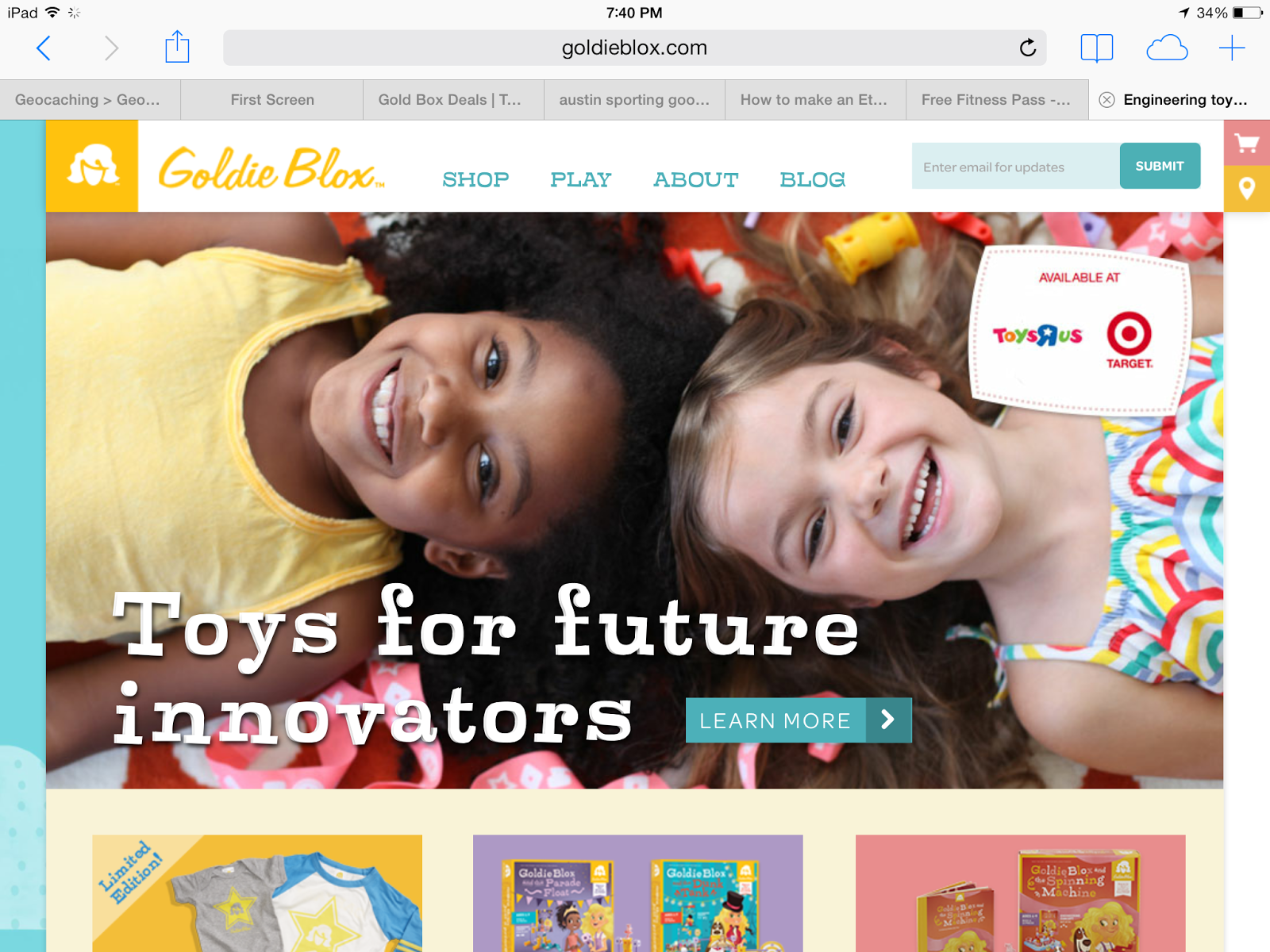 It seems their new management forgot the lessons of years ago. Nothing about “Building Your Dream” online on their PPC ads or their landing page. Check them out: 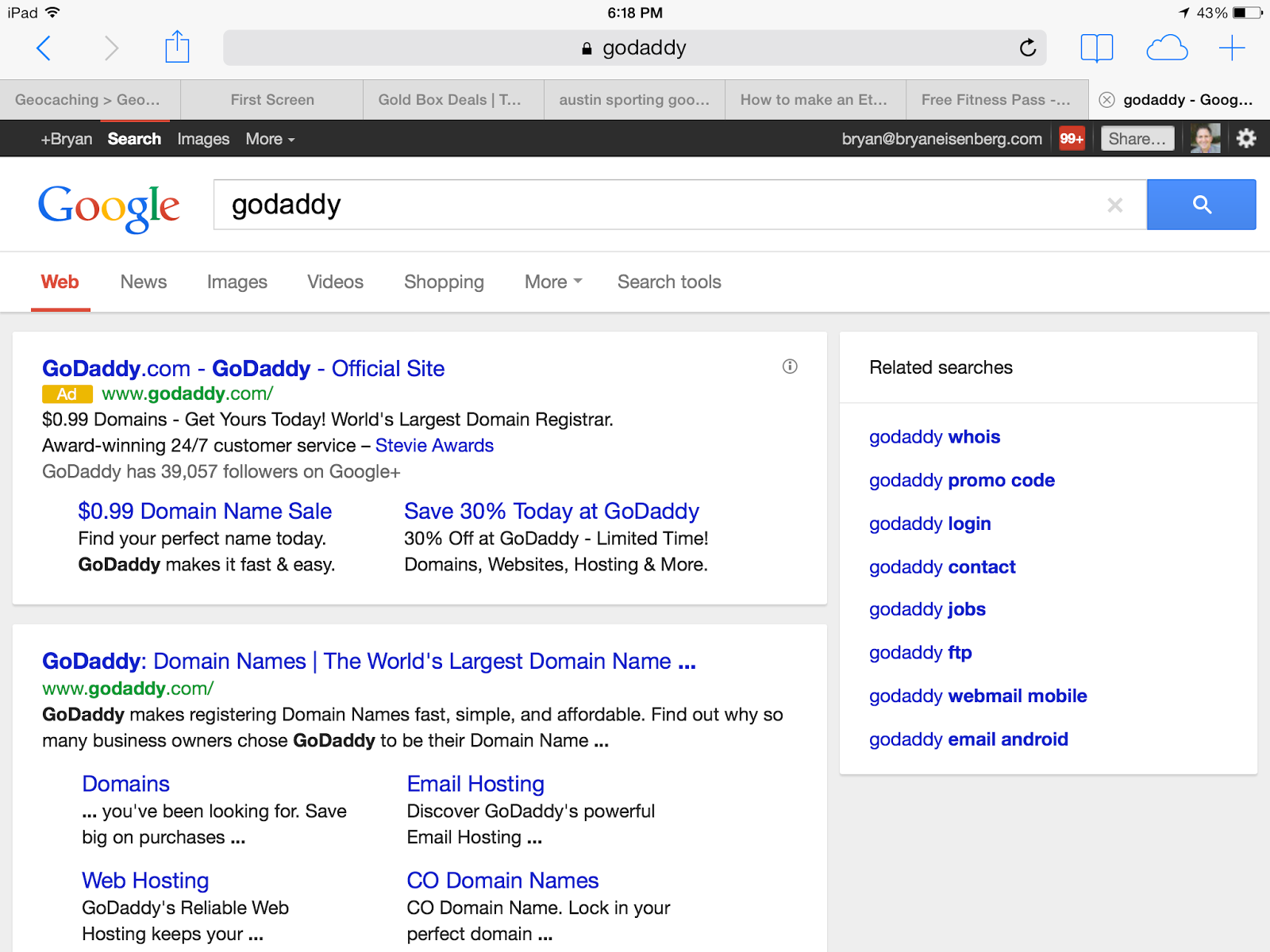 and the landing page: 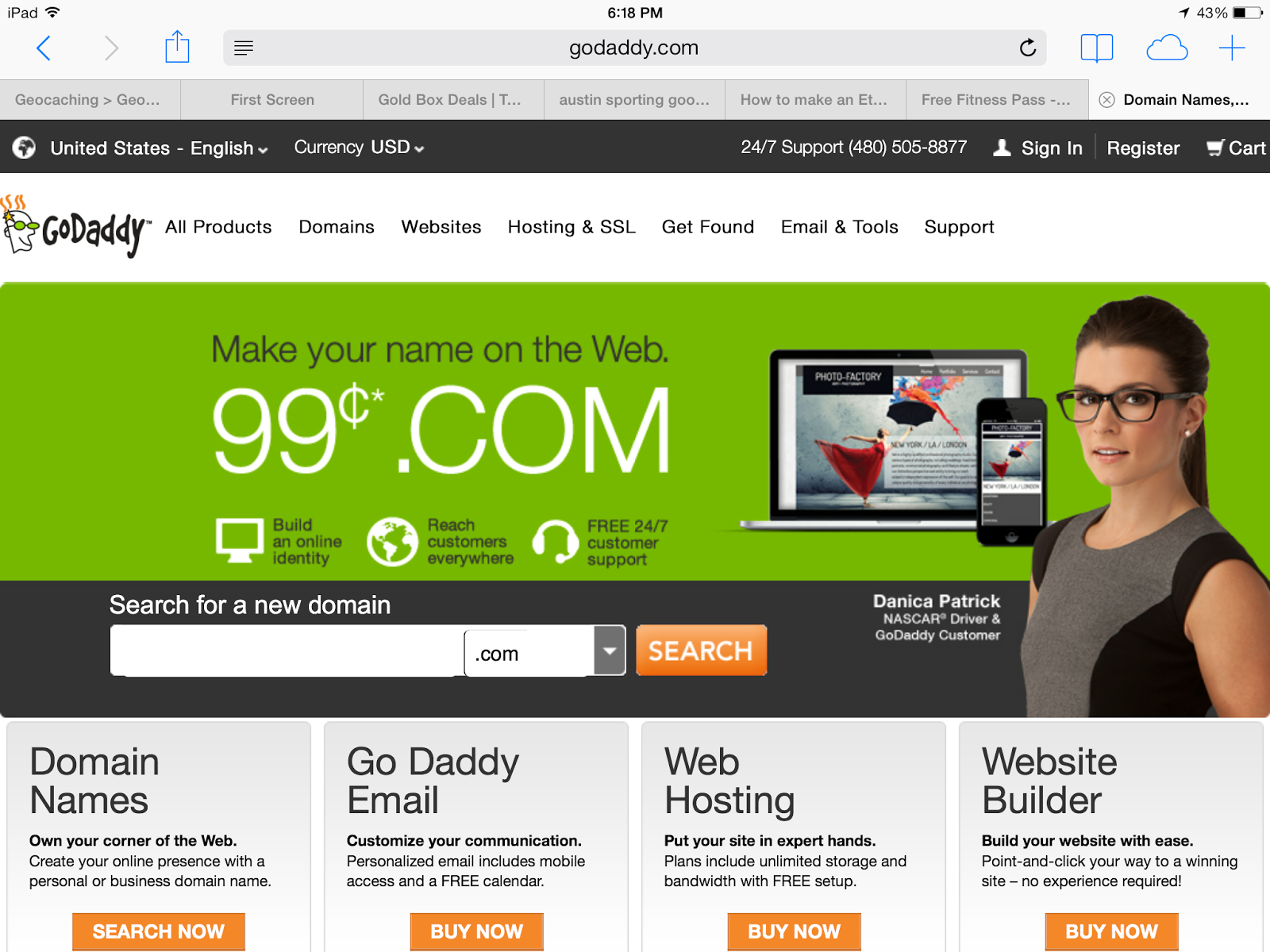 There were several other losers, but you you can see how losing scent kills the experience and ultimately conversions.

The winners all had their PPC ads, ad extensions and landing pages all synced up. There were several good ones to share but let’s just pick a couple to see how it is done when it is done right.

Their ad was all about innovation and technology empowering people. A great message and they had a specific PPC ad for that day focused just on this message and a custom landing page to maintain continuity. 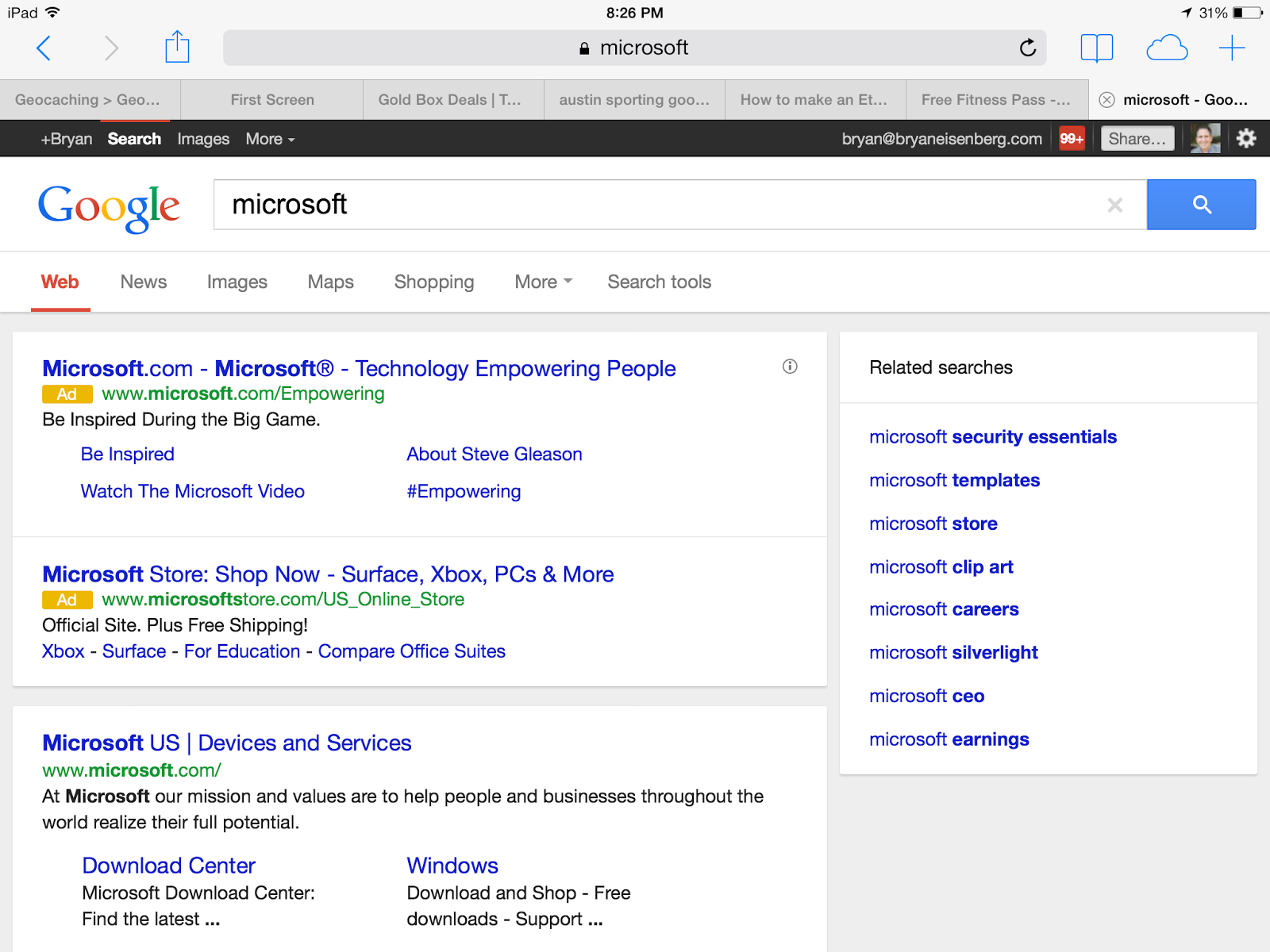 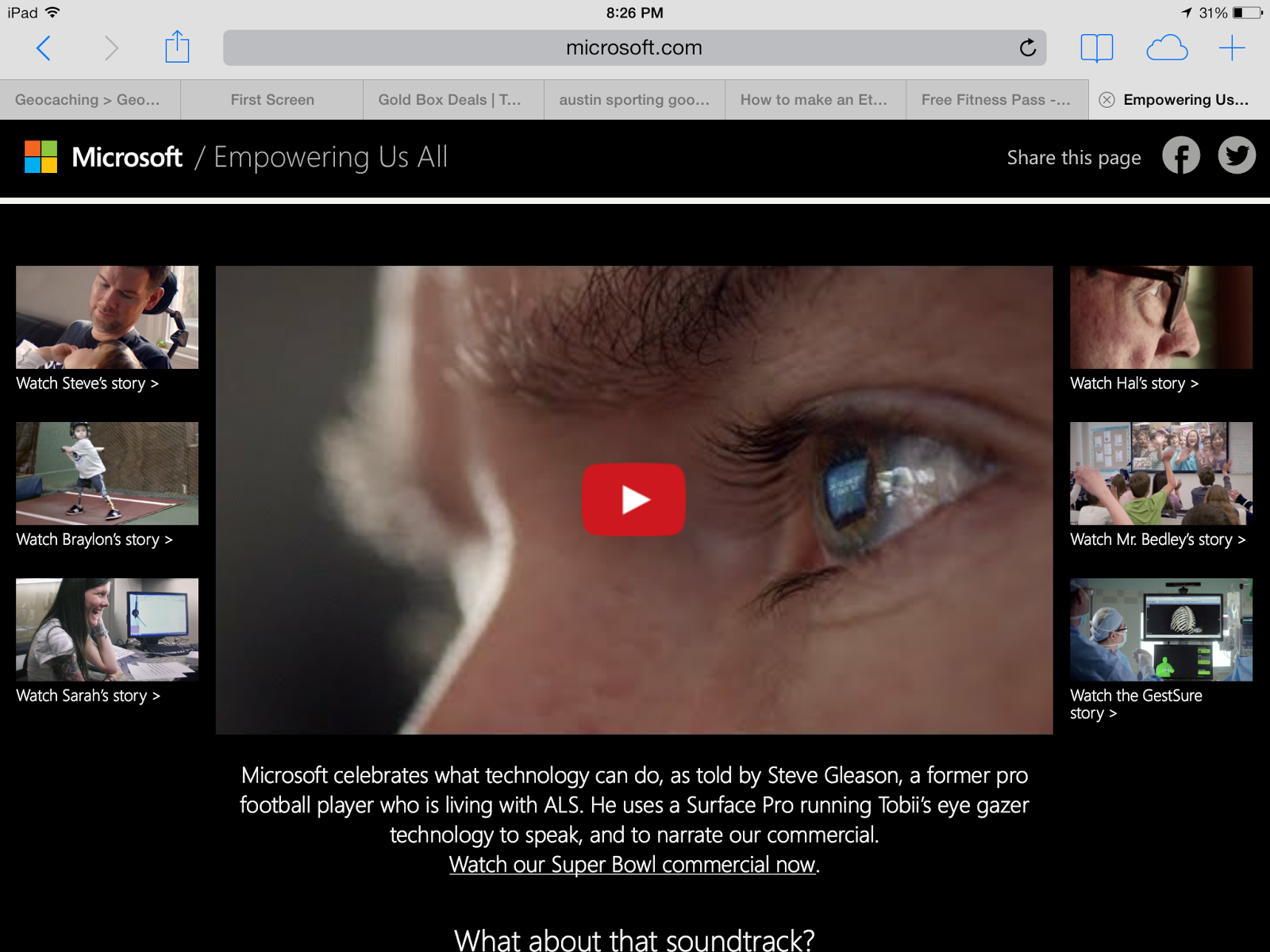 They ran several ads during the evening but all focused on one core message (killing the long term contract and if you switch they will pay the transfer fee) and a simple call to action: 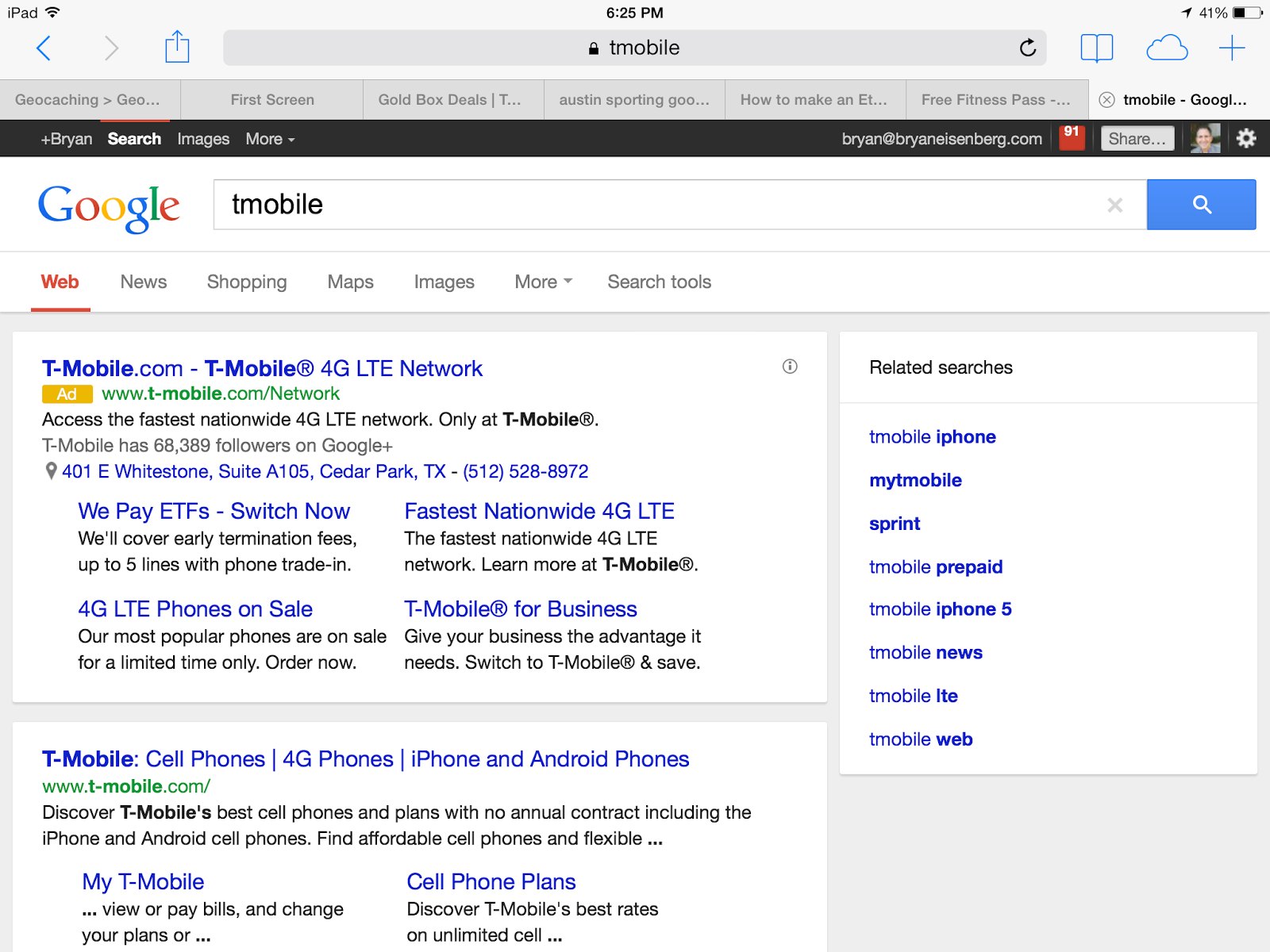 They had an ad extension about paying the EFTs (transfers) but they should have had one that said no long term contracts. Still not bad especially when you saw their landing page was in perfect continuity/scent with the Super Bowl Ad. 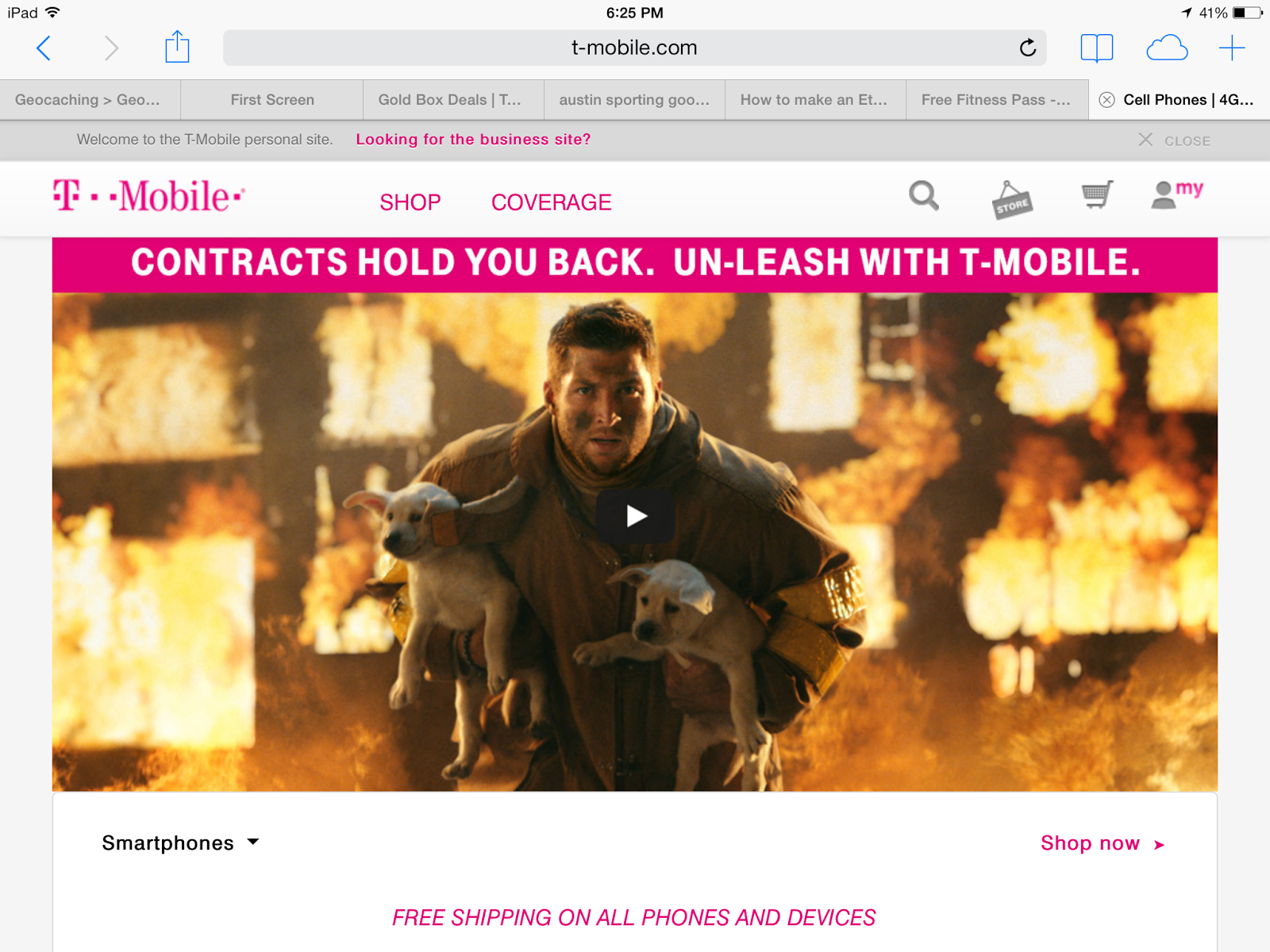 They did a great job using all their ad extensions to focus on the product “Beckham Bodywear” and a second one to focus on the ads “Beckham for H&M.” Then their landing page had wonderful continuity and scent. They also had a call to action in their ad for 30% off until the Monday after the Superbowl. 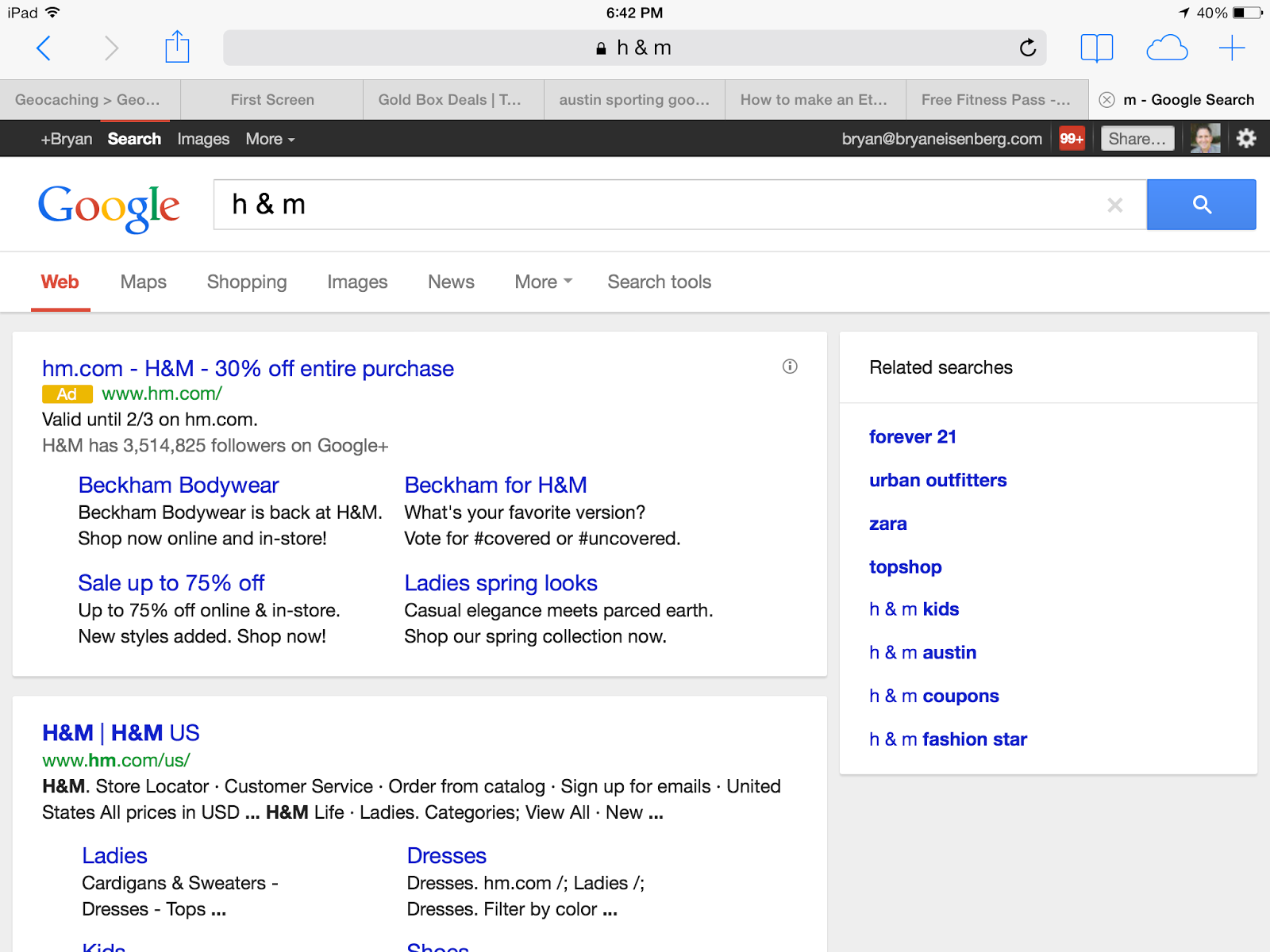 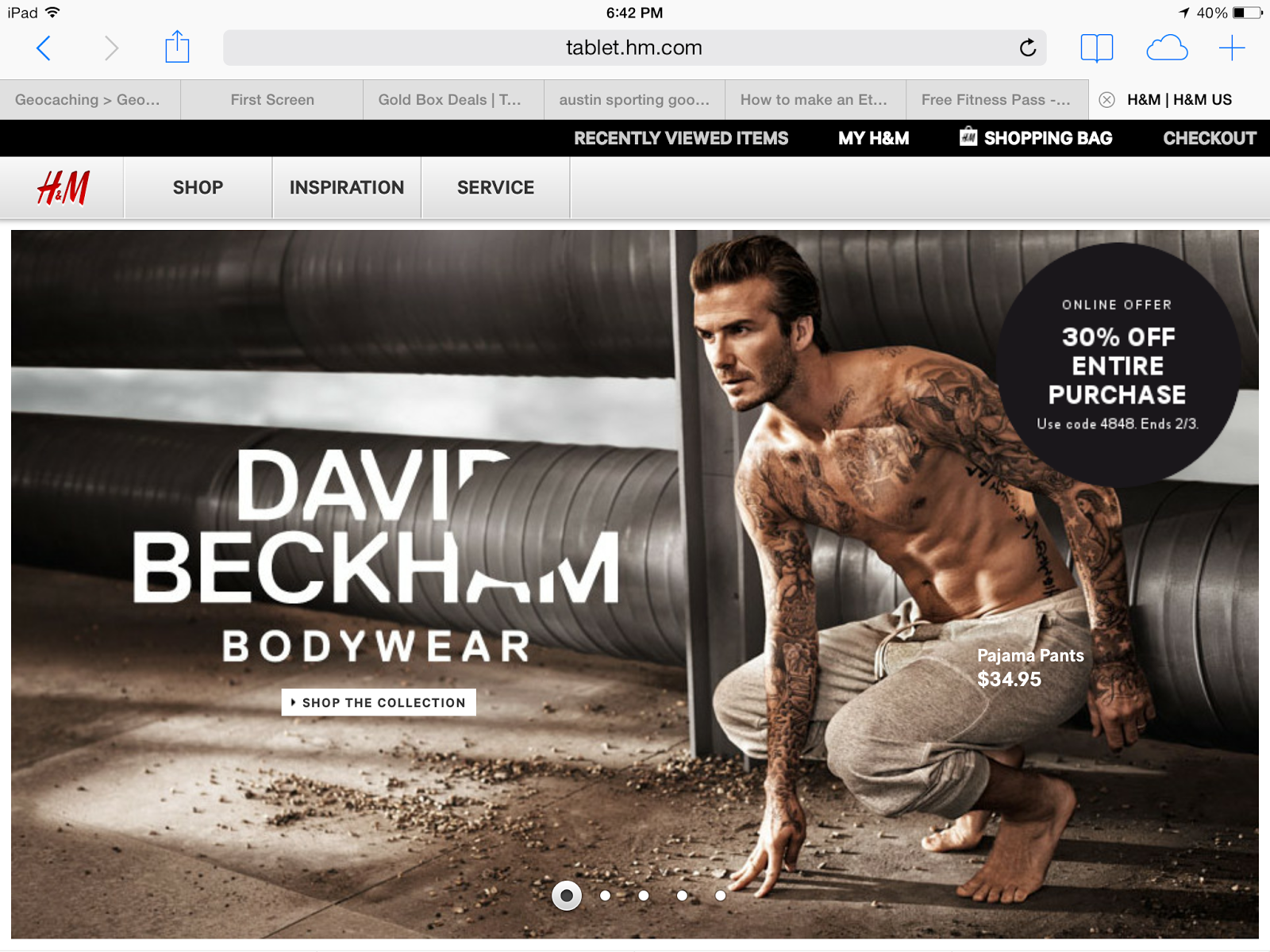 There were some very clear differences between the winners and the losers. Which ad was your Super Bowl favorite? Did you check out the ads and landing pages afterwards, like we all hope customers might? Finally, how are you doing at integrating all of your campaigns?